So you think you can run? The 7 factors that will slow you down and expose you to injury. 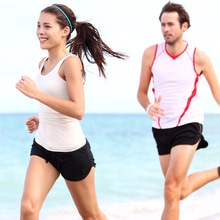 The information in this report is based on theoretical knowledge of anatomy and biomechanics and clinical experience developed over 16 years as a Physiotherapist and many more as a runner.

SO YOU THINK YOU CAN RUN: THE 7 FACTORS THAT WILL SLOW YOU DOWN AND EXPOSE YOU TO INJURY.

I have been running since I was a teenager, and once I got over the notion that I had to set a PB every time I ran , I really started to enjoy my running. Unfortunately, this didn’t happen til my early thirties! I was never an elite runner…far from it…and even though I was a good sprinter in my youth, I really enjoy the longer distances now…10km…half marathon…and now the marathon. I have completed 2 in the last 12 months, with the last being 3’47:22.

In my last marathon, I improved on my time by just over 27 minutes, and this was still running only three times /week. Admittedly, the conditions on the day were a bit cooler…it was overcast for 2/3 of the race, but that’s still a big improvement on the year before. In the lead up to it, I still did my interval training, hill work and long runs, but I must admit I was not very consistent with my interval training, which most coaches say is the foundation for improving running speed and efficiency.

I found the biggest improvements came from strength gains in specific muscles that were critical for running. What’s just as important, perhaps even more is that I was largely injury free for the whole year, ran painfree, and also in the lead up did PBs in the Run Melbourne half marathon and also the Puffing Billy race( a race against the old steam train in the Dandenong hills….13.2km of undulations and pain finishing at a higher altitude than where you start!).

If you have ever watched an elite 10km race(such as the Olympics or World Championships), you would notice how easy the athletes take the first couple of laps. Well, they look like they’re out for a Sunday stroll, but they’re actually running at just a  smidge under 3min/km! I can’t even sprint that fast, let alone maintain it for 10km! And the world record for the men’s marathon(current at the time of writing), recently set in Berlin in September, 2011 by 26 year old Kenyan Patrick Makau is 2:03:38 (shaving 21 seconds off the previous record set by the great Ethiopian runner  Haile Gebrselassie over the same course in 2008). That works out to be approximately  2:55/km…maintained for 42.195kms!!

The point here is that these runners have the technique of running down pat…and an extraordinary aerobic capacity. They run in a biomechanically efficient manner, wasting minimal energy, and their muscles produce the correct amount of force at the correct time in the correct sequence. These guys probably wouldn’t be able to squat 100kg, but their power to weight ratio would be pretty good. They’d certainly be able to squat their own body weight , or rip out >50 push-ups in less than 1min, or hold a plank for >2mins.

My training and knowledge as a Physiotherapist with a Masters degree in Musculoskeletal Physiotherapy with over 18 years clinical experience, combined with my passion for running, and strength and conditioning experience have given me specific  skills in understanding running biomechanics, and what muscles to develop to improve your running and prevent injury.