Why a Whole Body Approach Works for Low Back Pain 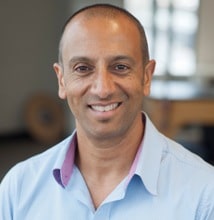 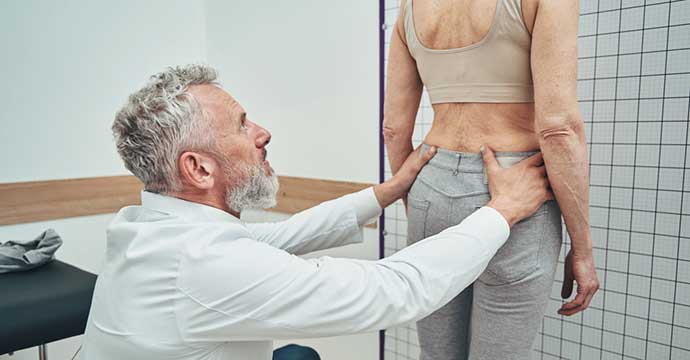 You only need to look as far as the research into Regional Interdependance (Wainer et al, 2007; Sueki et al, 2013; Cleland et al, 2005; Powers, 2010) to support the use of a whole body assessment in musculoskeletal conditions, but it’s great when you have a case that demonstrates this quite clearly.

Mr M is a 64 year old lawyer who presented with a 5 day history of worsening low back pain which had become so severe that he attended the ED of John Fawkner Hospital. The pain had developed insidiously without any particular incident or change in routine. There was no radiation of pain into the legs, but the pain was worse in standing and walking, and eased by lying down.

Mr M was managed with medication in ED and referred for Physiotherapy with us by his attending emergency physician.

He had a history of intermittent LBP of similar but less intense nature, generally aggravated by gardening.

We performed a whole body assessment with Mr M and found several restrictions, not only in his back movements, but also the hips, hamstrings (worse on the right), as well as the neck and shoulders. He also had nerve tension (adverse neural tension) in the left upper limb, both lower limbs and the upper cervical region.

According to patho-anatomical classification criteria (Ford et al, 2011, 2012) Mr M’s condition would be classified as a lumbar facet joint condition. This would be treated with local manipulation/mobilising of the lumbar facet joints, then exercises to address strength, flexibility and motor control impairments.

However, we wanted to determine which dysfunctional structure needed treatment to give the best result for Mr M, and we did not assume that it would be the lumbar facets because there were a host of other structures that may have been also contributing to his condition.We needed a movement test to demonstrate changes in Mr M’s condition as a response to treatment.

We chose, in consultation with the client, and based on research and guidelines for effect re-testing,  that hamstrings range would be a good test to use. This also related well to his low back condition (Halbertsma et al, 2001).

We performed treatment trials to all of the problematic areas we found on Mr M’s initial assessment, including lumbar, thoracic and cervical facet joints, using the limited hamstring range (tested passively to R1).After the first round of treatment trials, Mr M’s hamstring range had improved from -50deg to -20deg, a great result.

On follow up the next day, there had been some regression in Mr. M’s movement signs. Further treatment to eliminate contributing structures revealed that the C3/4 facet on the left was continuing to make the best changes to Mr M’s right hamstring range, as well as right hip joint flexion.

Further treatment to the C3/4 followed by reassessment revealed that the thoracic and lumbar joints had also improved, in response to mobilisation of the C3/4 joint. All lumbar movements also became full and pain-free.

At the start of the session on Day 4 of treatment, Mr M’s LBP had resolved, and he rated himself as 90% in terms of function and recovery. This treatment was administered in the same week.

At this point, Mr M’s lumbar joint signs had also resolved, and given the left C3/4 facet was more mobile but still not in an optimal state of passive resistance(ie it was still stiff), we labelled this as the primary contributing factor to his low back pain. Working on it further continued to improve the hip and hamstring signs.

Why was this neck joint such a problem for Mr M? After we had discovered this, he revealed that he had had a long history of neck pain which preceded his back pain, but he generally managed this himself. Looking further into his sitting posture at work revealed some static loading issues, ie the way Mr M was sitting at his desk was creating tension in his neck, and his neck was contributing to his back pain.

Postural correction and client awareness was required to then  achieve a long term result and prevent recurrence, as well as exercises to address neck tension and habitual postural adaptations.

If Mr M’s neck was contributing significantly to his back problem, as we found it to be, not addressing this important part of his condition would suggest that he may be more vulnerable to relapses and recurrence with his back condition. It would also suggest that we are not fully addressing what was important too him at the start, which was to find the cause of the condition and understand how to prevent it.

On 3 month follow up, Mr M had been reasonably diligent with his exercises. He reported an “occasional twinge” in his lower back that did not eventuate and improved quickly with exercise. He was unrestricted and pain free in all his daily activities, including gardening and gym. His objective signs had regressed a little and further work on the neck continued to improve these. Mr M’s self management exercises and postural strategies were progressed.

6 month follow up was better, where Mr M reported he had been “generally good.” Again, hamstring and hip flexion range had regressed but lumbar range was full and pain-free. Further treatment to the neck and some local work to the lumbar spine also improved his signs again to earlier levels.

Mr M has been very satisfied with his result and is now aware that his neck tension and posture contributes to his back pain. 12 month follow up is pending.

This case really highlights the value in not making assumptions and looking at the whole person and how their body is interconnected to achieve the best long term result for the client.

If you are struggling with this pain, this whole body approach could work for you. Contact us and speak to one of our experienced Physiotherapists.

We offer patients the ability to get treated via their smartphone for a range of conditions.
Book Appointment
Menu
PrevPreviousThe Relationship Between Glute Dysfunction and Low Back Pain
NextChronic heel pain- from limping to 10km race in 2 months!Next